The Initiation of Igjugarjuk as a Shaman

Inuit
The Inuit live in the Arctic region along the northern coast of North America, the north coast of Alaska, and the coast of Greenland. Their culture is quite diverse, with many subgroups and dialects, but they all share a common ancestry. The Inuit people developed different lifestyles according to the environments they faced. (At times this environment is so harsh that no white man has ever been able to live there without outside support.) Some bands were whale hunters, some hunted seals, and all hunted caribou. They traveled in skin kayaks on the sea and on dog sleds on the ice. While away hunting, they lived in igloos made of ice, but most of the time they lived in earth shelters with sod roofs.

In the early 1920s, the noted Danish Inuit scholar and explorer Knud Rasmussen led an expedition across Arctic America, from Greenland to Alaska. During this trek he met a number of Inuit shamans (Igjugarjuk, Najagneq, and Aggjartoq) and the woman named Kinalik, who told their amazing personal biographies and initiation stories. The passage that follows is my rendering of Rasmussen’s story.

The Initiation of Igjugarjuk as a Shaman
As a child, Igjugarjuk was disturbed by visions and dreams of strange beings. The dreams were quite vivid, and he could remember every aspect of them. His family was very concerned for him, and the shaman Perqanaoq was consulted. The shaman met with their son and determined that he was destined to become a shaman, and so the parents gave him over to Perqanaoq for training.

So began his initiation. In the depth of winter, when the temperature can drop to –40 degrees Fahrenheit, Perqanaoq put Igjugarjuk on a sled and took him far out into the Arctic wilderness. There he built a small igloo for the boy, just big enough for him to sit cross-legged in. He took Igjugarjuk off the sledge and deposited him in the hut on a small piece of animal skin. He was left there alone and told to think only of the Great Spirit.

After five days, Perqanaoq returned and gave the boy a drink of warm water and left. After fifteen more days, he returned and gave Igjugarjuk another drink of water and a small piece of meat. This was to last him another ten days. At the end of his ordeal, which lasted thirty days, he was brought back to the village, where he fasted and continued his training.

Igjugarjuk was a great shaman when Rasmussen met him. He told Rasmussen he thought he would die from the fasting and cold and said that at one point a young woman with a powerful presence appeared before him, hovering a few feet above the ground. He never “saw” her again, but from that time on she remained his helping spirit. Igjugarjuk was convinced that suffering and deprivation was the key to knowledge and power, for as he said, “The only true wisdom lives far from mankind, out in the great loneliness, and it can be reached only through suffering. Privations and suffering alone can open the mind of a man to all that is hidden to others.” 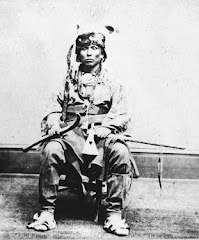 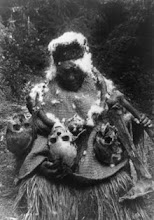 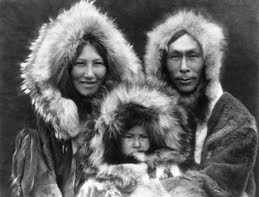 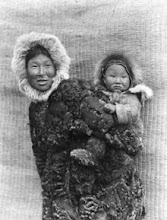 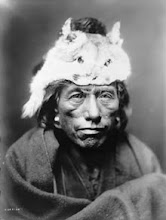